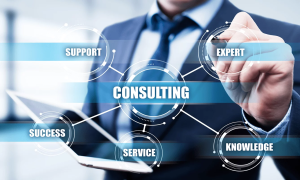 As Russia continues its highly unpopular invasion of Ukraine, governments and businesses around the world are lining up to impose financial consequences upon the Russian government and highly-placed wealthy individuals. From official government sanctions to calls for divestment and halting sales, the reaction to the ongoing war has been swift and wide-ranging. Consulting companies, many of which take on engagements all over the world, are facing increasing calls to go along with the new measures and cease operating in Russia entirely.

While firms such as Boston Consulting Group (BCG), McKinsey & Company (McKinsey), PricewaterhouseCoopers (PwC), and KPMG have offered public condemnation of the Russian government’s decision to prosecute a war on the Ukrainian people and ceased taking on engagement from Russian government bodies, no firms have as yet committed to severing ties with Russian private businesses.

Russia has a highly complex business environment, and the dividing line between the public and private sector is not always as clear-cut as it is in other nations. Many major domestic companies are forced to embed government agents into their corporate leadership, which provides the Kremlin with a means of control and often enables corrupt officials to extract heavy bribes and favors.

Many consultancies have extensive business ties with Russian government agencies, as well, with McKinsey holding contracts with 21 of the 30 biggest Russian companies, many of which are state-owned. The firm declined to comment on whether their government-entity ban included state-controlled companies. Bain & Co, BCG, and PwC also remained silent on whether they planned to sever ties with private companies, though they all publicly committed to comply with international sanctions.

The situation is further complicated by the fact that many of the local branches of the larger consultancies, including in Russia, are separate legal entities, answerable to local regulators. Most of the consultancy networks’ governing rules allow firms to be expelled only on specific grounds, such as gross misconduct - and the process of expulsion would be a complicated, lengthy process. There are additional concerns about retaliation against local staff should the firms begin dropping Russian businesses.

As the new war grinds onward and consequences continue to develop, it remains to be seen how large businesses will respond to the increasing pressure to isolate not only the Russian government, but its people.