Home Leaders Diversity In IT Industry Leadership Progresses With SAP 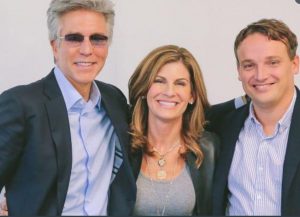 Bill McDermott made a profound statement both literally and figuratively when he announced his successors at SAP. The long time CEO of SAP revealed that two individuals will share the CEO post with one of the individuals being a woman.

Jennifer Morgan is making history in her new position as co-CEO as the first woman to take the helm at a DAX corporation (a stock index of Germany’s 30 largest and most liquid companies trading on the Frankfurt Exchange). She now heads up an international corporation with 100,000 employees and annual revenue above $28 billion.

Morgan started her career with the German software company in 2004 and rose through the ranks after her successful work with the federal government was noted by leadership. She became president of SAP North America in 2014 before being asked to serve as president for the Americas & Asia Pacific Japan (APJ) in 2017.

When asked about her tenure with SAP in a 2017 interview, Morgan shared her thoughts: “[I]t’s hard to think of a more exciting time to be in technology. It’s amazing how much is happening and how fast, and so we’re constantly adapting at SAP.”

Regarding her new most senior position, she comments, “We’re excited about creating a renewed focus on the engineering DNA of SAP, combining the amazing strength and heritage of SAP – and mange of the folks who have built the products that so many customers around the world run today – with new DNA that’s come in from many of the cloud acquisitions that we’ve made.”