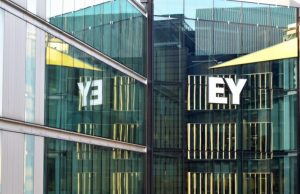 Recently, EY announced it had released its newest version of its blockchain technology dubbed EY ZKP (zero-knowledge proof), which further reduces per transaction costs while maintaining vigilance around security and privacy.

“This technology is perhaps the most important EY blockchain milestone in making public blockchains scalable for the enterprise. In the prior iteration released in April 2019, public blockchains were already getting competitive with private networks. With this iteration, we cut the cost per transaction by more than 90% again, making private transactions more accessible for mainstream business application,” states EY Global Blockchain Leader Paul Brody.

Brody comments, “I believe we will look back upon the industrialization of ZKPs as a key milestone in the wide enterprise migration from private to public blockchains. Organizations are increasingly seeing the potential for public blockchains, with 75% of enterprises likely to use these networks in the future. The third-generation EY ZKP technology brings us even closer to private and secure transactions on the public blockchain.”