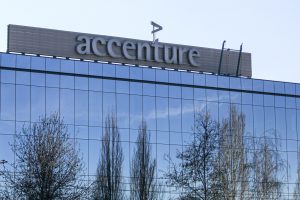 The battle for a healthcare.gov contract with The Centers for Medicare & Medicaid Services has endured a long series of bid protests. In what has amounted to a protracted game of contractual hot potato, Accenture Federal Services has beat out its competitor, Deloitte, for the moment. Though the latter had been tapped at least twice for the CMS deal, Accenture had an original contract dating back to 2014 for streamlining the initial iteration of the web portal. Though Deloitte has cited lax requirements for past performance as a deciding factor in the bid challenges, Accenture’s shared history with the platform and success with the inceptive retooling indicates that CMS has ostensibly made the right choice.

Accenture was given a tall order back in January of 2014. CMS desperately needed assistance with a critical data center provider shift and a sluggish, unresponsive portal. Moreover, any retooling was under constant scrutiny from an expectant federal administration, many stakeholders and financiers, and a skeptical public. Taking charge of delivering a stable system during the peak period of unpracticed open enrollment, Accenture stayed the course and found ways to modernize healthcare.gov in the interest of applicability.

The partnership with Accenture ended up saving more than $4 million each year. By consolidating software licenses and finding avenues for lower data center and labor costs, the consulting firm aided the platform in shedding its reputation as a money pit. A significant reduction in actual server number requirements was key to addressing the accessibility concerns from CMS and users.

On the nitty gritty side of technical details, Accenture surely had its hands full from the get-go. Programmers were able to stabilize the notices infrastructure and software to facilitate an additional 2.9 million notices to reach a daily apex of 340,000 notices. The improvement of Account Transfer performance mitigated prolonged response time by 99.8%. Accenture boosted the Federally Facilitated Marketplace to support a peak of some 185,00 users without a drop in response time. In fact, Accenture can attest that none of its adjustments led to actual downtime during the second and third open enrollment periods.

Whether or not the current decision shifts back in favor of Deloitte, CMS factoring in performance history should favor Accenture based on these archival results. If Accenture can replicate this recipe for success with a host of modern solutions and a carefully constructed infrastructure stratagem, the company can consider the CMS contract well-earned.