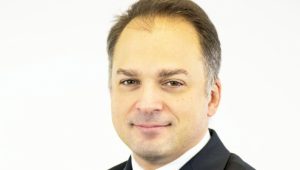 Just a few months back in late 2019, then Deputy CEO Elie Girard took the helm of one of the largest IT firms in the world. He had been recruited to the company in 2014 as a Group Deputy CFO and proceeded to ascended to the top in rather quick order first as overall CFO then to Deputy CEO.

His ascent is not too dissimilar from his overall career trajectory. After graduating from Harvard University with a master’s degree in economics and statistics, he spent a year at EY as an auditor. From there he was an economist at the French Treasury then an advisor to the French Ministry for the Economy and Finance. He then joined the world of technology with Orange first as Chief of Staff to the CEO and then as head of Strategy and Development.

Time after time he has been seen as a highly strategic thinker and intuitive executive. Under his leadership Atos is poised to expand its offering in rapid fashion across the globe.

The company is a global leader in digital transformation with over 110,000 employees in 73 countries and annual revenue of over € 11 billion. In Europe it is considered number one in Cloud, Cybersecurity and High-Performance Computing.