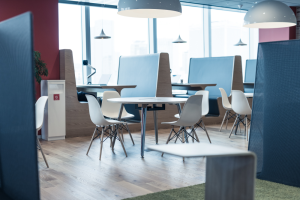 Boston-based consulting firm Bain & Company has recently announced its intentions to reduce its operational carbon emissions. Over the next five years, the company has dedicated to reducing 30% of scope one and two emissions from powering and heating the company’s offices and 35% of scope 3 emissions associated with business travel.

Bain & Company has been a front runner in its industry in reducing its carbon footprint for a long time, achieving carbon neutral status for the past decade. Over those ten years, the company has already eliminated 68% of its scope one and two emissions and converted to 100% renewable energy in all of its office operations. This impressive feat reflects Bain & Company’s sincere dedication to the global warming crisis, which research shows is mainly the result of irresponsible corporate practices.

The company also received a gold rating from EcoVadis, a leading organization for social, environmental, and ethical performance rating. This distinction has put Bain in the top 2% in ethical sustainability practices among professional service companies.

"Our firm is hyperfocused on mitigating the impact of our emissions on the environment and accelerating our carbon transition. We continue to lead the way in our own industry while also equipping our clients and nonprofit partners to do the same," said Sam Israelit, Chief Sustainability Officer at Bain & Company.

Bain & Company has also expressed a commitment to invest in carbon removal projects such as reforestation practices and further implementation of green, eco-friendly technologies. Earlier this year, Bain announced the launch of FurtherSM, which partners the company with many industry leaders in the pursuit of more ecologically-sustainable business practices.

Bain also pledged $1.1 billion in assets toward pro bono consulting related to tackling critical environmental challenges. The firm aims to be a leading example for responsible business protocol and an education source for other businesses looking to back away from high-emission practices.