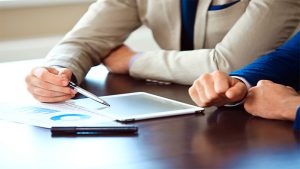 From fast food drive-thrus to corporate boardrooms, companies are struggling to fill vacant positions. While workers’ reasons for quitting are as diverse as the jobs they are leaving behind, those departing have often cited factors such as the desire for better pay, safer working conditions, greater advancement opportunities, and a re-shuffling of priorities brought about by the ongoing pandemic. For better or worse, “The Great Resignation” is real, it’s happening right now, and companies that wish to attract and retain top talent must make big changes to both compensation and their working environment to stay ahead in an increasingly cutthroat hiring environment.

The current conditions come as a reversal to the labor situation that has existed since the 2008 recession, as workers now have greater freedom to seek out employment opportunities that are more closely aligned with personal preferences and goals. As a constricted labor market and stiff competition among employers continue to drive wages higher, the Big Three consulting firms—Bain, McKinsey, and Boston Consulting Group—are reportedly offering significantly higher salaries to new hires relative to those offered by the Big Four accounting firms of Ernst & Young, PwC, KPMG, and Deloitte.

While both sets of firms hire thousands of new MBA graduates annually and offer substantial compensation packages, total compensation for consultants at Big Three firms has increased between 4% and 9%. New hires are starting at $175,000 and receiving $30,000 signing bonuses and performance incentives valued between $41-45,000. This isn’t to say that the Big Four isn’t beginning to catch up, with PwC and EY consultant salaries rising to $165,000 in 2022, while Deloitte and KPMG chose to freeze salaries at 2021 levels, which were lower than previous years.

On average, salaries across both Big Three and Big Four firms increased by around $10,000 between 2021 and 2022. Many of the latter also announced perks intended to retain talent, such as permanent work-from-home (though PwC included a salary cut along with it), meeting-free “focus time,” additional time off, increased personal and family leave, and bolstered mental health support.

While the largest players continue to battle over talent, boutique consulting firms are seemingly split on salary increases. Firms such as Accenture Strategy and LEK Consulting have increased salaries to match the Big Three, but Kearney, Oliver Wyman, and Roland Berger have all frozen their starting salaries.

Although the media insists there is a dearth of job applicants, in reality it has become clear that companies wishing to keep positions filled and turnover low must be prepared to write larger paychecks and offer greater benefits to a workforce that is far more willing to try its luck in the jobs market.