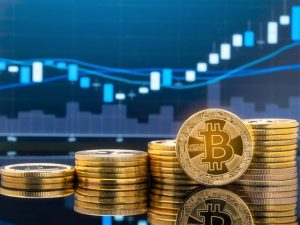 The cryptocurrency market is spending quite a bit of time in the limelight. A recent intersection with a news-making ransomware hack has stirred proponents and detractors of Bitcoin into a frenzied debate as to the overall cybersecurity ramifications. The newfangled Ransomware and Digital Extortion Task Force has scored a major public victory by recovering 64 bitcoin, valued at $2.3 million, of the ransom paid by Colonial Pipeline to hacking group DarkSide. However, the undisclosed means by which this wallet recovery occurred suggest federal authorities may be copacetic with the idea of fighting fire with fire.

Players on the crypto market are keen to find out exactly how this sum was recouped, and why the U.S. Justice Department considers a deliberately opaque strategy boast-worthy. Edward Moya, Senior Market Analyst at OANDA, said, “The U.S. government took over the server where the wallet existed and somehow got the private key for the address that held the majority of the funds. This uncertainty over how they got their private key is scaring many bad players to exit Bitcoin holdings.”

The current discourse points to a few distinct possibilities. This could have been a short-sighted ransom attempt that fell prey to a well-equipped detection team. There might have been a mole or defector from DarkSide cooperating with authorities with or without coercion. Bitcoin specialists or wallet providers could have been tapped to act as intermediaries or guides to the crypto trade. The most intriguing probability is that the task force undertook its own hacking campaign to better understand the ransomware methodology being used in this instance.

There is already evidence that the FBI’s investigations into this and similar matters are supplemented by contracts with cryptocurrency tracking companies and blockchain explorers. TRM Labs, Elliptic, and Chainalysis -- three such organizations -- are capitalizing on government interest in financial crime detection by leveraging their ability to unearth malicious transactions. No leap in logic is needed to postulate that federal agencies have at least dabbled in conducting their own hacking crusades with this kind of expert assistance.

Nevertheless, the traceability of Bitcoin is on record. Supporters of blockchain technology are quick to espouse the distributed public ledger as a means for discouraging criminal operations. More ransomware attacks are expected, and further heated discussion on digital currencies is bound to follow suit. Whether or not future tracking or recovery pursuits from federal authorities are transparent with their inferences will be a deciding factor in the fate of the criminal cryptocurrency market.