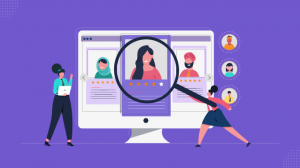 Three McKinsey studies that found a positive correlation between diversity hiring practices and financial success have been espoused by well-known organizations such as The New York Times, The Wall Street Journal, The World Economic Forum, and more. Skeptical academic analysts, however, posited the McKinsey approach for a set of companies in the S&P 500 index as of December 2019 and were unable to find any connections between these factors.

The resulting paper posted to research platform SSRN found “statistically insignificant relations” between the diverse make-up of an executive team and that company’s numbers from 2015 to 2019. Financial indicators examined for the study included EBIT margins, industry-adjusted sales growth, return on assets, and return on equity.

Although McKinsey’s studies warned readers that diversity does not automatically produce profits, the reliance on correlation over causation leaves out crucial context. Meanwhile, the SSRN paper points out that it is not intended to entirely refute the theory, but rather to allow room for caution. Its authors are planning a longitudinal study that draws inferences from historical data of racial and ethnic makeup of leadership teams. By examining these metrics in the framework of time-relative financial performance, they hope to address the issue from a causation standpoint.

Robin Ely, a Professor of Business Administration at Harvard Business School, and David Thomas, President of Morehouse College, said, “Scholarly researchers have rarely found that increased diversity leads to improved financial outcomes. They have found that it also leads to higher-quality work, better decision-making, greater team satisfaction, and more equality — under certain circumstances. Although those outcomes could conceivably make some aspects of the business more profitable, they would need to be extraordinarily consequential to affect a firm’s bottom line.”

There’s a fear of establishing a precedent based on falsehood, particularly as diversity is already invaluable to companies in so many ways. McKinsey’s studies on diversity have also highlighted these other benefits, but naturally, the firm’s financial correlation research has gained the most traction in the business world. Hopefully, those discouraged by the possible lack of veracity would not go as far as canceling diversity initiatives. Even if bottom line considerations are a major reason companies embrace employee diversification, new emphasis on stakeholder capitalism, as opposed to shareholder capitalism, means diversity and inclusion practices will not have to hinge on perceived financial perks.