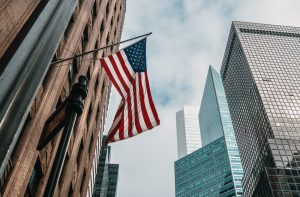 In 2020, the United States spent around $766 billion on its military, which was over three times as much as China, the next leading country, which spent an estimated $252 billion USD. With up to half of U.S. military expenditures since 2001 going to private contractors, government spending is big business. While many of the big players in the military-industrial complex specialize in a wide variety of products and services, smaller businesses tend to focus on more specific applications and service branches, providing a ripe field for companies looking to grow via acquisitions.

Fairbanks Morse Defense (FMD) has been acquiring several smaller companies in the past year as part of a strategy to expand their product and service offerings. The Beloit, Wisconsin based firm, which is a portfolio company of Arcline Investment Management, has eight companies under its umbrella. Previously known for designing and manufacturing ship engines, its most recent acquisition is the Ohio-based Federal Equipment Company (FEC), which provides cargo elevators, retractable hangar systems, specialized materials handling, and engineered doors to the U.S. Navy and Coast Guard. The newly-acquired company employs 145 people and has offices in Virginia and the United Kingdom.

“Fairbanks Morse Defense is committed to the values that define us as a leading defense contractor,” George Whittier, FMD’s CEO, said in a statement. “The capabilities, experience, and quality reputation that we’re acquiring with FEC reinforce this commitment and solidify our position as a proven, single-source provider to our naval customers.”

With this latest acquisition, FMD is growing its ability to serve the U.S Navy, and its nuclear fleet in particular. Its previous acquisitions include Fluid Filtration Specialists, Welin Lambie, Hunt Valve, Ward Leonard, and BRECO International, all of which provide research and manufacturing capability to naval-focused products and services.

With the 2022 U.S. defense budget providing for $768.2 billion in spending, the market is ripe for investors seeking to expand their portfolios and see generous returns on investment. One can expect FMD and companies like it to continue their search for smaller companies to bring into the fold, especially with China and Russia continuing to flex their newly-developed muscles on the world stage.