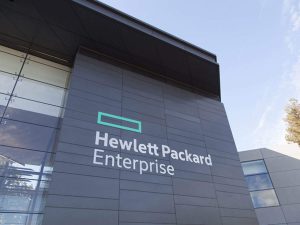 Hewlett Packard Enterprise (HPE) announced in early September that it had secured a $2 billion contract with the National Security Agency (NSA) to deliver high performance computing (HPC) technology-as-a-service via its GreenLake platform. The contract, which spans 10 years, is set to enable the NSA to leverage rapidly growing AI technology to provide insights and analysis of the enormous amounts of data it collects domestically and worldwide via global partnerships.

With the HPE GreenLake platform providing fully managed and secure on-premises cloud services, the secretive agency stands to benefit from a highly adaptable platform to meet their growing data analysis and management needs. According to Justin Hotard, senior vice president and general manager, HPC and Mission Critical Solutions at HPE, “Implementing artificial intelligence, machine learning and analytics capabilities on massive sets of data increasingly requires High Performance Computing (HPC) systems… Customers are demanding HPC capabilities on their most data-intensive projects combined with easy, simple, and agile management. By using the HPE GreenLake platform, which delivers secure on-premises solutions as a service, the National Security Agency (NSA) is gaining industry-leading HPC solutions to tackle a range of complex data needs, but with a flexible, as a service experience.”

Utilizing a combination of HPE Apollo systems and HPE ProLiant servers, the service will process high volumes of data as well as support deep learning and artificial intelligence capabilities needed to analyze, interpret, and report on findings. The new service is slated to go live beginning in 2022 and will be built, managed, and hosted at a QTS data center offering secure, compliant infrastructure as well as robust connectivity aimed at high scalability and reliability.

The move comes as part of a plan, announced by HPE in 2019, to deliver its entire portfolio as a service in 2022, with its GreenLake platform playing a crucial role in the company’s pivot to a new way of doing business. As of June 2021, the company reported over 1,200 enterprise customers running GreenLake. The contract also comes as a significant victory in a government cloud market dominated by Amazon and Microsoft, positioning HPE to retake the government market share it held prior to the introduction of public cloud technology.