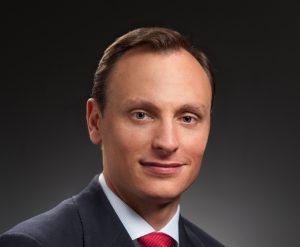 Infor CEO Kevin Samuelson became CEO in 2019 and is in charge of leading the company through what’s been dubbed Infor 3.0. Kevin first joined the firm in 2002 from Robertson Stephens and Bank of America where he was in the Equity Research Group. He then left Infor in 2013 and for the next three years worked with two prominent SaaS companies before returning in 2016.

Kevin has been vocal about his thoughts on where the company’s focus should be. In a recent interview, he commented, “I think, to be very explicit, if our products are not either generating more revenue or more profit for our customers in some way, they’re not succeeding. In its most simplest form. Whether that manifests itself in better employee retention or better customer retention, there are a lot of ways you can get some more growth or more profit. But at the end of the day, if we’re not delivering that for customers we are probably doing something wrong.”

He also went on to explain where he believes a lot of growth will come from. “Interestingly enough, the fastest growing area in the cloud for us is manufacturing ERP. Which is a bit of a surprising answer, I guess. It’s grown at over 100% year on year, for almost the last year. It is the largest segment of our business, half of our company is manufacturing focused. It’s a bit of a surprise because it took a long time for that portion of the market to really embrace the cloud. But I can tell you that that’s changed dramatically in the last few quarters.”

Kevin has big shoes to fill. Former CEO Charles Philip led Infor to unprecedented growth. Over $2.5 billion was invested in product design and development in the last five years. He, in partnership with Samuelson and president and CTO Soma Somasundaram, steered the company in transition to a cloud focus. Philips’ new role will be as Chairman of the Board and he will focus on strategy development, customer relationships, and new acquisitions.