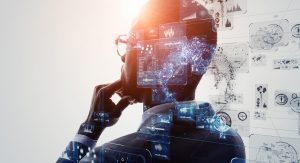 A new report presented by the Deloitte AI Institute and the U.S. Chamber of Commerce’s Technology Engagement Center outlined the roles that public policy and governmental AI use play in establishing trustworthy and responsible AI technology.

Trustworthy AI Innovation and Investment was published by Deloitte, and presented research gathered from surveying 250 respondents across a large collection of industries within the United States, with nearly half of the respondents holding C-level or equivalent leadership roles in their companies.

One of the conclusions of this report was that trust in AI would increase as consumers reaped the personal benefits of AI technology. 65% of respondents stated that there would be an increase in AI confidence if the technology increased the pace of human progression and discovery. On par with this conclusion, the report states that workers are likely to become more confident with the idea of working alongside machines, if those machines increased the quality of their day-to-day experience at work.

Over 50% of the respondents on the Deloitte survey stated that they thought that AI systems would eventually result in increased wages and improved working conditions for workers, as these systems are responsible for safer and more efficient workplace practices.

Another aspect that respondents were confident about is the federal government’s ability to influence trustworthiness in AI by utilizing innovative technology in government sectors. As many as 89% of responders stated that they wanted to see more investment into AI from government agencies, a sentiment paralleled by the National Security Commission on Artificial Intelligence.

"AI has unlocked tremendous social and economic opportunities for organizations and society at large. A trustworthy AI approach is critical to fuel continued innovation, mitigate risks associated with AI, and inspire confidence and trust in AI systems," stated Beena Ammanath, the executive director of Deloitte AI Institute. "Building a thriving AI-enabled economy requires collaboration between the private and public sectors, along with public policies that support the trustworthy and ethical development of AI solutions."

The hope is that this report will serve as a guideline that encourages policymakers and government leaders to pursue and approve the progression of AI in the United States, a global leader in this developing technology.