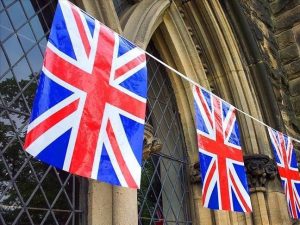 Governments around the world have struggled to speedily adapt to the unprecedented changes brought about by the COVID pandemic. Public services have been strained to breaking by the need for rapid, large-scale rollouts of new efforts ranging from public health initiatives to financial assistance for businesses and individuals. Faced with a lack of in-house expertise, many government bodies have turned to consultancy firms for assistance in planning, implementing, and managing new support programs. This has not gone without criticism, and a recent OpenDemocracy report is shedding new light on the U.K. government’s spending.

Revealing spending of almost £700 million since the start of the pandemic in 2020, the report reveals that £100 million of the total came over the past ten months, showing that the government’s spending spree has not yet ceased even as infection numbers drop and restrictions ease. Many of the contracts awarded were done so without competitive tender, limiting the ability of other companies to bid on the projects. The total spend is likely to be even higher, as many of the contracts have not yet been published.

Much of the chafing surrounding the U.K. government’s spending on consultancy services surrounds the contract rates and significant profits reported by many firms during the pandemic, with millions of dollars in bonuses going to partners and executives at major firms. And there is still ample criticism reserved for the lifting of normal contract procurement rules, which involve competitive bidding and public disclosure.

“Work that could and should have been done within government has instead been done at jaw-dropping day rates by private consultants…this – the inevitable consequence of years of austerity – is expensive for taxpayers and suboptimal for outcomes. We need to stop sacrificing efficiency at the altar of small-state ideology.” said Jolyon Maugham, the director of the Good Law Project, which has taken the government to court over COVID contracts.

The report comes on the tail of new government plans to launch a consulting hub with the intention of limiting consultancy spending by upskilling civil servants, sharing knowledge gleaned from previous engagements, and setting out best practices for civil servants to follow when hiring consultants. Despite these efforts, most U.K. consultancies expect their public sector business to continue growing in 2022.