Home Healthcare Quantum Computing And The Future Of Healthcare 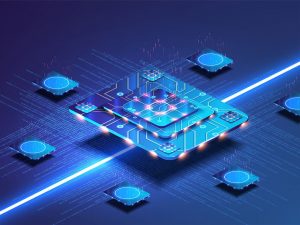 Quantum computing works by solving problems on an atomic or subatomic level. Quantum computers, unlike standard supercomputers, operate by performing all calculations at once using the qubits of information that they are programmed to hold. These computers are suited for processes like optimization, molecular simulation, and machine learning.

Seeing as quantum computers are a relatively new technology as compared to standardized computers, they are still limited in functional applications, though the qubit reservoir that the computers use for data processing is steadily increasing, approximately doubling capacity every year.

Because of how quickly quantum computers process information, it is also likely that they will be prime disease diagnostic tools in the future. This is, according to Buchholz, because these computers are likely to require smaller, lower-power, and more sensitive sensors, which will be key in the identification and diagnosis of diseases.

"While the technology to solve the 'at scale' problems is still several years in the future, researchers currently are working hard today to put the foundations in place to tackle these problems as the hardware capacity of quantum computers advances,” said Buchholz.