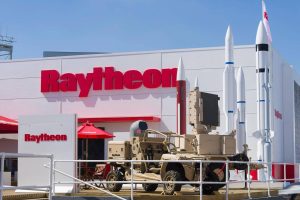 Defense and aerospace contractor Raytheon is striking up a partnership with computing giant IBM to further its development, implementation, and sales of quantum computing resources used for AI, cryptographics, and other areas in the aerospace and defense industries.

Both companies have a decades-long history of actively exploring quantum computing technology for use in various applications. IBM has been at the forefront of quantum computing development since the early 2000s, bringing one of the first quantum platforms to market, in addition to a cloud interface for its device, tooling, and simulators—all backed by an experienced team of engineers, developers, and algorithm specialists. Raytheon began exploring quantum cryptography around the same time, and has leveraged DARPA funding to continue its research, also initiating programs for superconducting circuit design and implementation, quantum/classical methods, and integrated photonics.

With an increasing number of startup companies offering quantum-computing products such as remote hardware or algorithmic services, the pairing of Raytheon and IBM— both powerhouses in their fields—is sure to appeal to government agencies looking to award contracts to companies with a proven record of successful development and delivery of new technologies. By leveraging the significant research and development resources of both companies, the partnership is sure to see a plethora of opportunities as quantum computing begins to shift from an academic exercise into a practical tool.

“The rapid advancement of quantum computing and its exponential capabilities has spawned one of the greatest technological races in recent history—one that demands unprecedented agility and speed,” said Dario Gil, senior VP and director of research for IBM. “Our new collaboration with Raytheon Technologies will be a catalyst in advancing these state-of-the-art technologies—combining their expertise in aerospace, defense, and intelligence with IBM’s next-generation technologies to make discovery faster, and the scope of that discovery larger than ever.”