Home Features The Illogic of a Select Group of IT Services Professionals to Join... 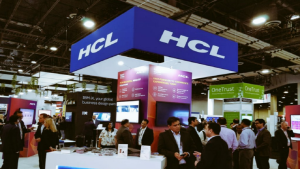 Recently a select group of HCL Technologies tech workers made news when they decided to join the United Steelworkers Union. The move was illogical for a number of reasons, namely they will now be known as the 80 people not to hire. Moreover, with the foreseeable continued growth of IT services, professionals in the industry will naturally be in higher demand leading to higher salaries and better benefits.

Joining a union to demand more pay and benefits is extremely shortsighted and perhaps permanently detrimental to one’s career path. With a longer term view, economic logic dictates that higher pay and benefits will arrive.

“Over the past few months, management has implied – and in some cases outright told us – that it’s better to just be quiet than fight for what’s right,” claims Johanne Rokholt, one of the HCL Tech employees. “Today we have proved that we are not willing to do that," he said.

“We respect the decision of a unit of Pittsburgh based employees who have voted in favor of being represented by the United Steelworkers. We remain dedicated to continuing to provide an inclusive and open office culture for our team members,' commented a HCL Tech spokesperson.