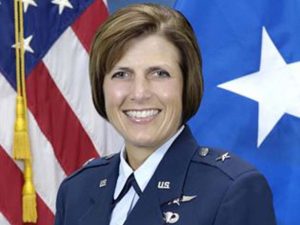 It’s no secret that artificial intelligence capabilities are being developed by nations worldwide, and it should come as no surprise that adversarial nations and organizations could potentially leverage the new technology to cause harm on a scale that dwarfs conventional warfare. The United States government is taking notice, and working to bolster its cybersecurity capabilities in the face of a growing shortage of qualified cyber workers and researchers. Consulting firms are stepping up to fill in the gap, with one Big Four firm hiring a retired Major General to lead the charge.

Maj. Gen. Kim Crider recently joined Deloitte as part of an effort to bolster the firm’s national security practice. With experience in enterprise data management, analytics, and digital transformation, she will not only lead the firm’s national security efforts, but will also serve as a fellow in Deloitte’s AI Institute for Government, as well as promoting Deloitte’s Women in AI initiatives.

Crider also brings extensive academic credentials to her new role, holding a Bachelor of Science in Electrical Engineering from Duke University, an MBA from Western New England College, a Master of Military Studies from the Air Command and Staff College, and a Master of Science in National Resource Strategy from the Industrial College of Armed Forces. She also serves as a board director for the National Cybersecurity Center and sits on the board at Arqit Inc.

The retired Major General has not publicly commented on her new position with Deloitte. However, she should prove to be an extremely valuable addition to the firm’s support of the U.S. Government in its efforts to modernize and strengthen its position on the global technological stage.