Home Technology Thoughtworks Soars Past IPO Target For $9B Valuation 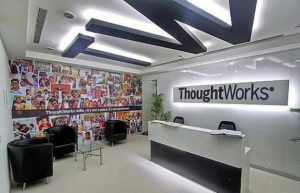 Chicago-based software consultancy Thoughtworks (Nasdaq: TWKS) took a big risk with its stock’s pricing and marketing. By all metrics, that risk appears to have resulted in big rewards for the company, which has attained a valuation of $8.8 billion.

From the jump, the software consultancy firm had lofty goals for its IPO. Looking to sell over 35 million shares at a price between $18 and $20, Thoughtworks hoped for a valuation of $6 billion according to its regulatory filing. Underwritten by JP Morgan and Goldman Sachs, the IPO was preceded by a $720 million round of funding this January, led by Fidelity as well as Siemens AG and Apax Partners, leading the firm to be valued then at $4.6 billion. Ultimately, Thoughtworks chose to price its stock above its target range and at its Nasdaq debut the stock’s price opened at $26, resulting in a dramatic uptick in its final valuation.

Crediting its recent growth to the surge in demand for digital services that has accompanied the pandemic and work-from-home revolution, Thoughtworks has specialized in helping companies digitize their business for nearly three decades. Among its recent partners are digital payment giant PayPal, Canadian wireless carrier company Telus, and U.S.-based supermarket chain Kroger.

According to CFO Erin Cummins, Thoughtworks intends to press the advantage it has gained with this remarkable public launch. Projecting that the international digital transformation market will double in the next four years, Cummins explains that expansion is a top priority, with more employees being hired across the globe to join the firm’s more than 9,000 employees in 17 countries.

Apart from these strategic partnerships with major employers in national and international markets, Thoughtworks has built a reputation for innovation and technical excellence over its 28-year history. Thoughtworks CEO Guo Xiao joined the company as a programmer in 1999 and still considers himself primarily a “technologist,” reflecting a corporate culture that values expertise above all. The company’s mission to help the world go digital has manifested as a variety of critical, highly influential developments in AI, continuous integration, and agile development. Thoughtworks has also pioneered open-source software projects such as Selenium and CruiseControl, both of which have become integral tools in the software development world. 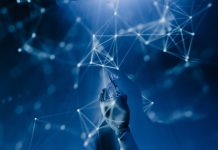