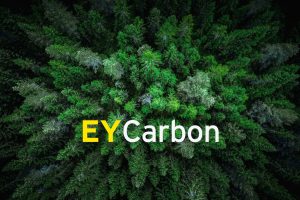 Hundreds of companies, from small businesses to globe-spanning corporations, have pledged to achieve net-zero carbon emissions in the coming decades. Many proudly display their commitment on marketing materials and in press releases - but with target dates ranging from 18 to 28 years away, companies have relatively little time ahead of them to make good on their promises. To help these businesses achieve their goals, one Big Four firm has recently announced the launch of a new sustainability offering.

Ernst & Young (EY) has launched EYCarbon, a new service to advise and support businesses as they prepare net-zero plans for independent scrutiny and verification, and will be hiring over 1,300 people to support the endeavor. The program is backed by over $135 million in investment by EY’s U.K. practice, and plans are for it to be up and running within the next three years.

The resources required to move from publicly pledging a commitment to net zero to actually delivering on it are significant. A recent report from McKinsey calculates that an extra $3.5 trillion in capital spending on physical assets for energy and land-use systems will be required to reach net-zero greenhouse emissions by 2050.

Additional pressure is coming from the U.K. government. It is proposing new requirements for the country's financial institutions and listed businesses to publish transition plans with specific details for how they will adapt and achieve a net-zero economy by 2050. A new Transition Plan Taskforce made up of industry and academic leaders, civil society groups, and regulators, will review the plans in an effort to guard against greenwashing.

“While we have seen several large, medium, and small businesses sign up to net-zero targets, the new requirement for the U.K. listed businesses to publish their plans by 2023 is a significant shift…It is an extremely positive step in the fight against climate change but means that businesses will need to move from purpose statements and pledges to the detailed transition plans that will lead to positive action being taken.”

To meet the terms of the 2015 Paris Agreement, the 197 signatory countries must focus on turning private sector businesses into net-zero greenhouse emitters, which will require a collective effort. The new offering by EY should go a long way to providing the expertise and guidance to U.K. companies looking to do their part to avert the worst impacts of climate change.