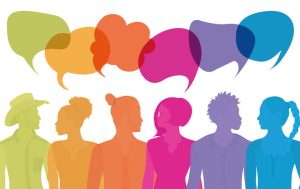 Diversity, Equity, and Inclusion (DEI) has been at the forefront of corporate attention over the past few years, with U.S. companies reporting increased focus on improving workplace diversity and positive public perception of their efforts. While spending on DEI initiatives has increased dramatically across all industries, the Diverse Asset Managers Initiative (DAMI) recently conducted a survey of 28 investment consulting firms to determine whether such efforts have actually increased diversity, equity, and inclusion.

While some of the firms declined to respond to the request for data, companies such as Cambridge Associates, Meketa Investment Group, StepStone Group, and Verus Advisory number among the 16 who supplied DEI data. This data, however, showed little movement in the number of female and minority owners and senior leaders.

“I see real emotional movement among leaders in the industry trying to get this right. The problem is that there’s not a lot of movement. We’ve got static numbers around ownership,” said Robert Raben, DAMI founder. What’s more, “We’ve got an odd decrease in minority senior management,” he said.

On the whole, firms that responded to the survey showed that 79 percent of ownership is white and 68 is male, with senior management on average 89 percent white and 76 percent male - which according to the report, shows a year-over-year decrease in people of color in senior positions at those investment consulting firms. Data from further down the org chart shows that research staff are about 27 percent female and 26 percent non-white, with junior consultants averaging 23 percent non-white and 37 percent female.

According to DAMI, the data does not explain the reasons behind the decrease, but Raben has several ideas that could explain the situation. For one, there’s a possibility that people of color may have left for smaller minority-owned firms, or to start their own businesses. While eight of the consultancies surveyed have dedicated emerging manager programs, when firms reach a threshold of around $2 billion in assets under management, they are no longer considered “emerging” and are less likely to be sought out as a diverse-owned firm.

The report goes on to highlight a potential industry-wide issue: it’s possible that the numbers reflect not a supply problem of POC working in investment consulting, but a demand problem, as allocators and firms are less likely to focus on diversity when it goes beyond emerging. As DEI efforts continue, it’s likely that this will need to be addressed at a higher level to ensure true success.